Maya Ray Thurman Hawke is an American actress and model. She is the daughter of actors Ethan Hawke and Uma Thurman. She made her acting debut as Jo March in the 2017 BBC adaptation of Little Women, and starred as Robin in the third season of the Netflix series Stranger Things.

On her father’s side, Hawke is a great-great-grandniece of playwright Tennessee Williams. On her mother’s side, she is a granddaughter of Buddhist scholar Robert A. F. Thurman and model Nena von Schlebrügge. Schlebrügge was previously married to Dr. Timothy Leary. Her mother, Birgit Holmquist, was also a model, having posed for Axel Ebbe’s statue Famntaget, in Smygehuk in Sweden.

Hawke has dyslexia, which resulted in her changing schools frequently during her primary education before she was finally enrolled at Saint Ann’s School, a private school in Brooklyn, New York that emphasizes artistic creativity and does not grade work. The artistic environment eventually led her to acting. Hawke also took part in summer studies at the Royal Academy of Dramatic Arts in London and the renowned Stella Adler Studio of Acting in New York. She attended the performing arts school Juilliard for one year before being decdiding to drop out to accept her role in Little Women.

Like both her mother and grandmother, Hawke modeled for Vogue at the start of her career. She was also chosen as the face of the British fashion retailer AllSaints’s 2016/2017 collection. In 2017, she starred as one of several faces in a video campaign for Calvin Klein’s underwear range, directed by Sofia Coppola. 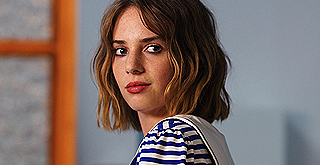 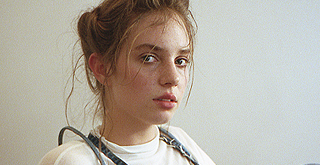